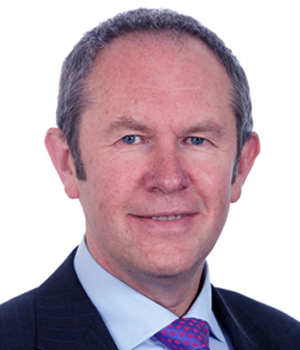 February 1st, 2016: Rob joined the board of JDR Cable Systems in December 2015. He is an Aeronautical Engineer with an MBA and has spent his career in the oil & gas and energy sectors in a range of enterprises from small to very large, mostly in the capacity of Executive Director. He was previously a Director at The Crown Estate, which is an independent commercial property business, incorporated through an act of parliament and managing extensive UK-wide land holdings. Having served as Director of the Energy & Infrastructure portfolio, Rob has played a key role in the commercial development and asset management of the UK’s seabed. Rob also serves as a Director of Indigo Power Ltd, and Indigo Solar LLP. Previously he was Vice President Shell Wind Energy and Chairman of Shell Wind Energy UK Limited. He has also served on a number of industry and government boards including Director of RenewableUK, the UK Government’s Renewables Advisory Board, the Offshore Wind Industry Council, and the joint government and industry Carbon Capture and Storage Developers Forum. He has also served for the EU commission as chair of the Finance Steering Group for the EU Ocean Energy Forum.