The Midia Gas Development project (MGD project) consists of the Ana and Doina gas fields, located 120 km offshore Romania in the XV Midia Shallow area. This important development has the ability to produce 10% of Romania’s gas requirement during its first phase. The MGD Project consists of five production wells, one subsea well at […]

Thermoplastic Production Control Umbilical The Ithaca operated Cook field is located in the Central North Sea in a water depth of ~92m. Cook has been developed as a subsea field development tied back, approximately 11 kilometres to the Anasuria Operating Company operated floating production, storage and offloading (FPSO) vessel, which also serves as a host […]

FIRST E&P has a 40% working interest in OMLs 83 & 85 which are located in the shallow waters of the Niger Delta in Nigeria. FIRST E&P is the operator of the two blocks, on behalf of the NNPC/FIRST E&P Joint Venture. Phase one of the development will see five wells linked to the Anyala […] 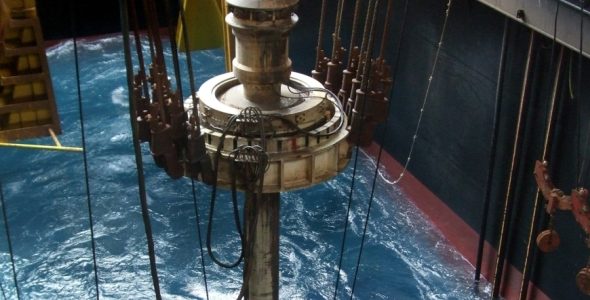 In Q1 of 2019 JDR was awarded a Purchase Order from the Na Kika team to provide Installation Workover Control System Services for a deep water completion in the Gulf of Mexico. The IWOCS needed to have the ability to deploy independent of the drilling riser, but to also be tolerant of the high subsea […]

The 1.55km umbilical was designed to include a combination of hydraulic control and chemical hoses, low voltage signal cables and a central bundle of steel tube chemical supply lines. The umbilical system connects an existing Subsea Distribution Unit (SDU) to a new well through the use of two umbilical termination units (UTA). JDR manufactured and […]

JDR has delivered 29 km of umbilicals to ConocoPhillips for Phase 3 of the Bayu Undan development project. The umbilicals were produced from JDR’s facility in Hartlepool, UK. Bayu‐Undan is a gas and condensate field located offshore approximately 500km north‐west of Darwin in the Timor Sea, and 250km south of East Timor. The field is […] 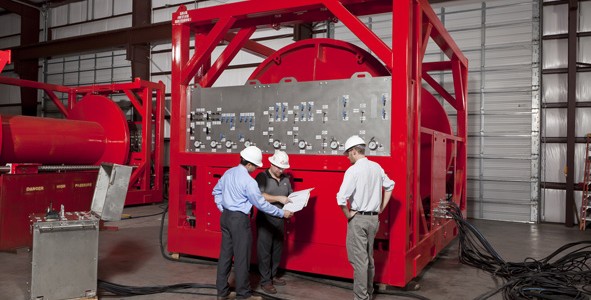 JDR has played a key role in the design, development and delivery of self-supporting umbilicals, known as Open Water IWOC Umbilical Systems, for next generation well control packages. JDR developed two high strength open water umbilical systems for the Jack and St Malo Field in the Gulf of Mexico.  They were designed to operate in […]

The Liuhua 4-1 (LH 4-1) field is located in the South China Sea, approximately 215km from Hong Kong and 240km from Shenzhen. JDR was contracted by the China National Offshore Oil Corporation (CNOOC) to develop subsea production umbilicals and ESP power umbilicals to operate at depths from 260 to 300m. Host production facilities comprise the […]

JDR delivered two umbilicals measuring 8,520m long and 1,930m long to German production company Wintershall for the K18 Golf field in the Dutch North Sea. According to Wintershall, the Permian Rotliegend reservoir contains tight gas produced from a completion with a 3,750m vertical section and a 1,400m horizontal section through the gas bearing sandstone. Around […]

Statoil’s Aasgard field lies in the Haltenbanken area, 200 km offshore from Trondheim in Norway.  Aasgard is one of the biggest developments on the Norwegian continental shelf.  This field is made up of more than 50 wells and 17 templates, tied together by 300 km of in-field flowlines. FMC contracted JDR to supply a control […]